In this article, we will look at the causes of trauma, different responses to trauma, and how to manage trauma responses in a healthy way.

Trauma has been defined as an “overwhelming life-altering event, resulting in pervasive physical, psychological, or emotional distress.”¹ Generally speaking, trauma is a stressful life event often accompanied by shock and a survival response. Traumatic events have primary effects not only on our overall functioning but can also destroy an individual’s fundamental assumptions about the safety of the world, the value of self, and the order of the society at large.²

Forms of extreme trauma may include:

Less-extreme forms of trauma may include:

Both extreme and less extreme forms of trauma can instigate a physiological reaction that triggers certain hormones in the body. Often, traumatic incidents can affect the survival systems that give us a sense of control, connection, and meaning. This can profoundly impact our quality of life for years beyond the initial traumatic event.

When you are faced with a dangerous situation, your body immediately responds to the perceived threat, which can be triggered by past trauma. For example, if you have been attacked by a dog and survive, future encounters with dogs may elicit a stressful response based on the past event stored in your memory.

Based on recent research on the acute stress response, several alternative perspectives on trauma responses have surfaced.³ Five of these responses include Fight, Flight, Freeze, Fawn, and Flop.

In the 1920s, American physiologist Walter Cannon was the first to describe the fight or flight stress response. In this state, breathing and blood pressure may increase. Your body is strictly in survival mode; our bodies place everything else on the backburner. In older times, the fight or flight response was necessary because there were more tangible threats in the physical environment. However, psychological or mental stressors may trigger our stress responses beyond fight or flight in today’s world. We’ve included a more detailed description of each response below. 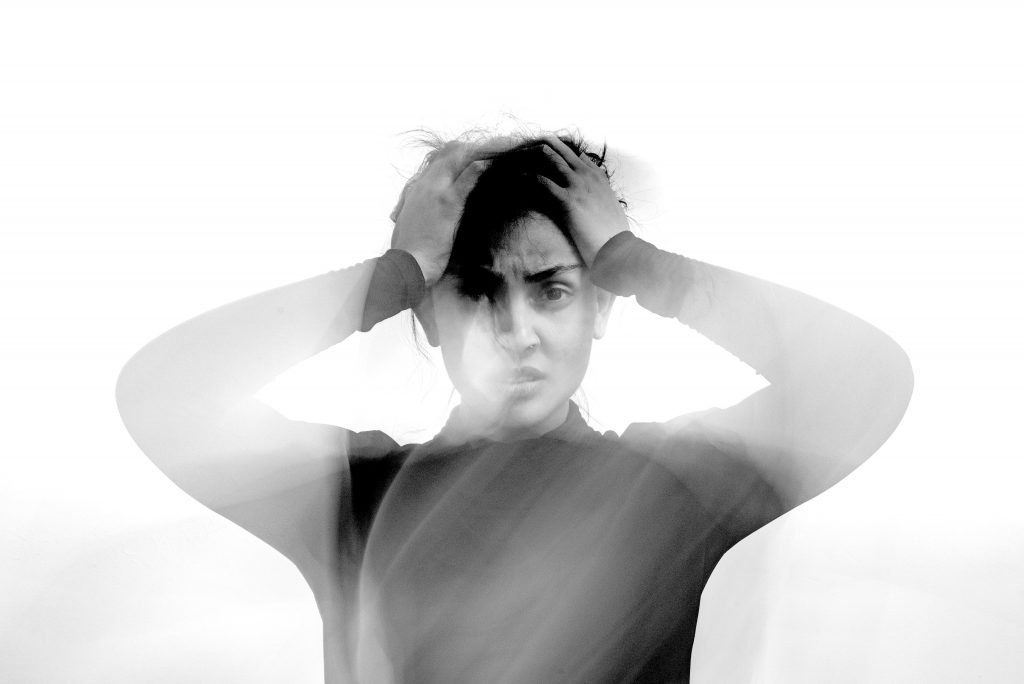 The fight trauma response involves a release of hormones (primarily cortisol and adrenaline) in the body that trigger a reaction to stay and ward off or “fight” the apparent threat. The sympathetic nervous system is responsible for the reactions that occur within the body during this stress response.

A healthy example of a fight stress response is fighting off a wild animal attack. This response is appropriate for the threat level, and in this scenario, a fight trauma response can better increase your odds of survival. While a wild animal attack isn’t a super common threat nowadays, most of us can relate to the experience of being verbally bullied by someone else. When someone speaks to us demeaningly, and we stand up for ourselves and communicate our boundaries, that’s a healthy fight response. However, if we decide to punch someone in the face instead, that response is disproportionate to the initial threat.

The flight trauma response involves a release of stress hormones that signal us to flee from the danger or threat. Instead of staying in a dangerous situation, this response causes us to literally or metaphorically run.

One example of this response is in a robbery situation: if an armed robber enters your home and you have no defense, your survival instinct may force you to get away from the perceived threat as fast as you can. The flight response occurs through the sympathetic nervous system — it activates the hypothalamus in the brain, which communicates with the rest of the body so that you have the energy to fight or flee.

The freeze response leaves us temporarily paralyzed by fear and unable to move. In this response, rather than fighting off the danger or running away from it, we do nothing; the perceived threat causes a hypotonic or immobile reaction. Someone in a freeze response may experience numbness or a sense of dread.

A good example of a freeze response is when someone experiences “stage fright” or freezes in front of a large audience. They may forget their lines or “freeze” and not be able to perform due to fear.

The fawn response involves complying after you’ve tried fight, flight, or freeze several times without success. This response to a threat is common for people who have experienced abuse, especially those with narcissistic caregivers or romantic partners.

The fawn response may show up as people-pleasing, even to your detriment. You may use compliance and helpfulness to avoid abuse; you disregard your happiness and well-being no matter how poorly someone treats you. This trauma response is often used to diffuse conflict and return to a feeling of safety.

In a flop trauma response, we become entirely physically or mentally unresponsive and may even faint. Fainting in response to being paralyzed by fear is caused when someone gets so overwhelmed by the stress that they physically collapse.

You may see animals “play dead” or faint when approached by a dangerous predator — fighting or running away would only instigate the predator more. Tonic immobility may enhance survival and is therefore adaptive when there is no perceived possibility of escaping or winning a fight. One example of the flop response is fainting in the presence of blood or an injection.

The Role of Trauma Responses

All animals (including humans) have built-in survival systems. The brain stem oversees these survival systems and chooses a survival response automatically in a split second. We do not have time to consciously decide what to do in a threatening situation — it would take too long and compromise our survival.

In hindsight, people are often confused about why they acted a certain way during a traumatic incident. However, it was probably the only option, given the information the brain received at that particular time.⁴ It takes some mastery over ourselves and our emotions to elicit a proper response to triggering situations.

Stuck in a Trauma Response

Whether you spring into fight, flight, freeze, flop, or even fawn, your survival mechanism is to avoid the danger and return to a sense of control. The stress response can trigger instantaneously, but how soon your body comes back to normal varies from person to person. On average, it takes 20 to 30 minutes for your physiology to return to normal and for your breathing to slow down.

However, some people can become stuck in a trauma response. When individuals do not work through past trauma through therapy, self-help groups, mediation, breathing practices, or other tools, they can often get stuck in a rut and revert to unhealthy coping strategies. Maladaptive coping behaviors, such as alcohol and drug abuse, are common in trauma survivors. Research shows that 70% of adolescents receiving treatment for substance abuse had a history of trauma.¹ 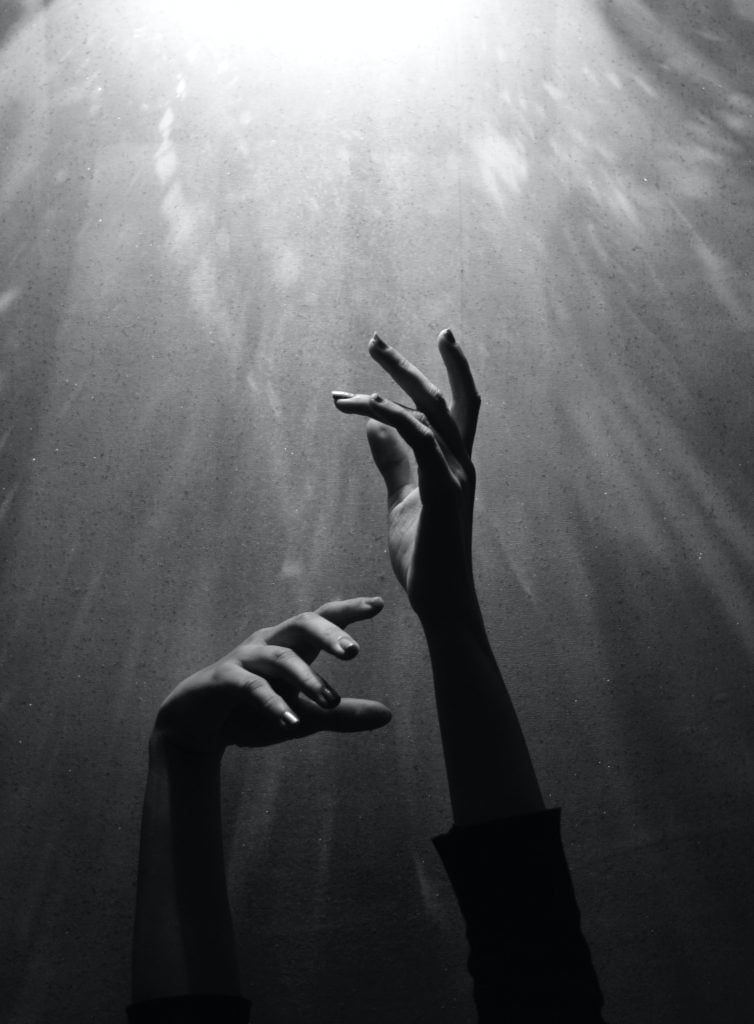 Trauma Responses as a Precursor for Addiction

Unresolved trauma significantly increases the risk of mental health and substance abuse issues. The common denominator of trauma is a feeling of intense fear, helplessness, loss of control, and the threat of destruction. If someone is stuck in this cycle, it makes sense that they would turn to drugs and alcohol as a temporary escape.

People may use drugs and alcohol for various reasons stemming from physical and/or emotional trauma, including:

Trauma can cause anxiety, depression, and other mental health issues. Drugs and alcohol can provide temporary relief but will not solve the root issue. Often, the person’s condition worsens.

An individual can develop an addiction to a legitimate prescription for anxiety or depression. Many people who have experienced a traumatic event are prescribed drugs to deal with mental health issues or physical injuries. Opioid addiction has become a prevalent epidemic due to the increase in pain medication prescriptions.

Physical trauma may result in some sort of head injury that alters a person’s ability to control impulses or self-monitor drug or alcohol use. In some instances, trauma to the body may cause cognitive functioning to slow down or a lack of control over impulses, usually due to the pre-frontal cortex in the brain being affected.

Interpersonal Problems After a Traumatic Event

A sudden, unexpected death in the family, divorce, and other personal tragedies may disrupt relationships. Often, addiction and substance abuse escalate after such events.

Post-Traumatic Stress Disorder (PTSD) is a legitimate mental health diagnosis usually due to a highly traumatic event. The unresolved trauma can cause a host of physical, mental, and emotional issues, impacting a person’s ability to function in daily life. Some examples of trauma that can lead to PTSD include:

Substance use disorder has been found to increase symptoms of PTSD because drug use can increase exposure to high-risk situations, including violence and criminal activity. Although someone may feel a sense of relief from traumatic symptoms by using drugs/alcohol, it actually increases the likelihood of dependency and puts the user at higher risk for repeated trauma.⁶

While PTSD is commonly associated with veterans, they are not the only population who struggles with this disorder. PTSD symptoms that meet the criteria for a diagnosis include intrusive memories, hyperarousal, sleep disturbances, and avoidance of places, activities, or people that remind a person of the traumatic event. You can read this blog post for more information about PTSD and Addiction.

Drugs and Alcohol as Coping Mechanisms for Trauma Responses

Alcohol is the most widely abused substance in traumatized populations. Research shows that exposure to trauma in the form of a natural disaster may, indeed, lead to increases in excessive drinking, at least in terms of social indices of abusive drinking.¹

Additionally, the COVID-19 pandemic was a collective trauma which impacted many people’s lives. Since the COVID-19 pandemic, there has been a large spike in opioid-related deaths, alcohol abuse, as well as ongoing concerns for those with a mental illness or substance use disorder.

Trauma responses occur for several reasons and are often due to unresolved incidents from the past. Our natural reaction is to make a quick decision on how to deal with the situation and first and foremost, remove ourselves from harm’s way. Fortunately, people can learn techniques to counter the stress response. Methods to calm the stress response may include⁵:

Trauma response management is critical to overall health. If your stress levels affect your quality of life, you may need help or tools to reduce the potential for health risks. By seeking professional help and working a licensed therapist, you can develop healthy coping behaviors. It may not happen overnight, but with time, you will increase your chances of dealing with trauma and stress more productively.

At All Points North Lodge, we understand trauma and the need for trauma-informed care. We can support you with top-notch therapy to help you disrupt trauma responses, find closure around trauma, and heal. There is always hope for recovery. If you’re ready to get started with your healing journey, please reach one of our caring and compassionate representatives by phone at 855-510-4585 or via . Your story matters and we’re here to listen. 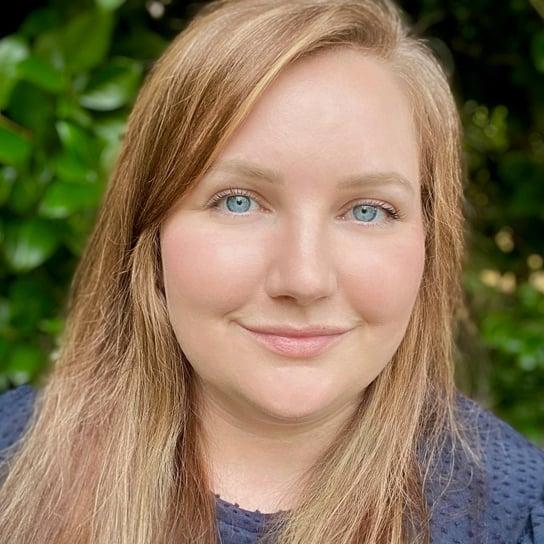 As a fierce proponent of mental health services, Jess believes in the compassionate care and person-centered approach at All Points North. She works to create content that inspires clients and families to advocate for the support they deserve.

Trauma-Informed Care: What It Is and Why It Matters

The Subtle Signs of PTSD: Beyond the Stereotypes

How Trauma Is Stored in the Body