Recovery - What Is a California Sober Lifestyle and Why Is It Dangerous?

What Is a California Sober Lifestyle and Why Is It Dangerous?

The California Sober lifestyle has gained popularity in the past several years as an attempt at harm reduction: quitting addictive substances such as heroin, alcohol, or methamphetamine and replacing them with “less harmful” drugs like marijuana. While some people can moderate their use of certain drugs, attempting a California Sober lifestyle after battling addiction can be a dangerous endeavor.

California Sober is a term that has generally referred to abstinence from all drugs, with the exception of marijuana. The thought behind this lifestyle is that drugs such as alcohol, cocaine, heroin, methamphetamines, or opioids cause significantly more damage and increase the likelihood of misuse and abuse. Marijuana, on the other hand, has a substantially smaller set of physical and mental health consequences. Some people who practice a California Sober lifestyle say that psychedelic use is okay and may use drugs such as magic mushrooms or LSD.

There is plenty of debate over the exact definition and safety of practicing a California Sober lifestyle. Singer Demi Lovato popularized the term in March of 2021 with the release of their song, “California Sober.” After a near-fatal opioid overdose in 2018, Lovato was California Sober for three years, continuing to use marijuana and alcohol while in recovery from their opioid addiction.

Many addiction specialists were concerned about the popularization of this approach, arguing that moderation isn’t possible for most people in recovery. In December of 2021, Lovato announced that they no longer believed in a California Sober lifestyle with a social media post, noting that “Sober sober is the only way to be.”

While the definition may change from person to person, in general, those who practice a California Sober lifestyle abstain from their drug of choice while continuing to use substances that they see as “less harmful.” They see this approach as a harm reduction, not unlike switching to nicotine gum or vaping after quitting smoking.

Harm reduction is a principle that has found widespread support in the public health domain. It emphasizes reducing the risk that people who use substances take on by providing safer alternatives to risky practices. Common forms of harm reduction include:

A California Sober lifestyle can be an effective form of harm reduction for those who are capable of practicing moderation. Marijuana, while still an addictive substance, carries far less risk than using hard drugs. Overdosing on marijuana is virtually impossible. It doesn’t carry the risk of bloodborne infections like intravenous drug use and is generally considered a more “acceptable” form of substance use. Marijuana is also legal in several states, meaning people don’t need to continue breaking the law to engage in substance use.

But the question remains: is adopting a California Sober lifestyle an effective strategy for harm reduction, or does it bring its own set of dangers?

The Dangers of Being California Sober

While a California Sober lifestyle can seem alluring at first glance, the inherent dangers of continuing substance use of any kind make it difficult to endorse. Many people who attempt to cut down to only marijuana use ultimately find themselves relapsing on harder drugs and unable to sustain long-term recovery.

Even Demi Lovato, once an outspoken advocate of the California Sober lifestyle, ultimately rescinded their recommendation of the practice and has since endorsed an abstinence model of recovery.

Like other drugs, marijuana addiction comes with a host of negative effects for people who struggle with addiction, including:

A substance use disorder, by definition, interferes with a person’s life, regardless of the substance in question.

As seen above, there are several competing definitions for what being California Sober means. Some people believe it to allow marijuana use only, while others include alcohol use. Others believe that psychedelics are okay, but alcohol use is not. This malleability creates an inherent problem in adopting a California Sober lifestyle.

Since this term is so loosely defined, it becomes easy to shape this lifestyle into anything concrete. Some people may attempt a California Sober lifestyle by using marijuana only but then rationalize alcohol use. Others may add their own revisions, such as accepting the use of hard drugs on weekends while only using marijuana during the week.

California Sobriety’s malleability is a tremendous danger for people with substance use disorders. Part of addiction is the rationalization of substance misuse. An abstinence model simplifies this dilemma: any drug or alcohol use is off-limits, with no exceptions. Having a definition of your recovery that constantly changes over time can lead to regression and could see you return to full-blown addiction in a short time.

Another difficulty with the California Sober lifestyle is that it creates a need to frequently make decisions about what is and isn’t an acceptable level of use. For example, if somebody were to decide that they were to only use marijuana from here out, they still face many decisions about their recovery. They will have to ask themselves:

Having to make decisions about sobriety over and over can be taxing, and it can create a slippery slope toward relapse. In an abstinence-based model, people in recovery only have to make one decision: abstain from all drugs and alcohol. This approach makes the process much simpler and easier to maintain long-term.

The Neurological Basis of Addiction

Another critical point to recognize in the discussion of a California Sober lifestyle is the neurological basis of addiction. All drugs can create dependency and misuse, including marijuana and alcohol: they affect the brain’s reward system through a chemical called dopamine. This chemical is linked to feelings of reward and satisfaction, making it more likely that people will return to using substances repeatedly.

Repeated substance use creates structural changes in the reward network, making it more difficult to enjoy activities outside of substance use and feel a sense of reward for healthy behaviors. Interestingly, the same brain changes occur in people with other addictions, such as gambling addiction or sex addiction.

These brain changes account for why some people who recover from a substance use disorder fall into other compulsive behaviors; they may find themselves exercising seven days a week, struggling with gambling, or taking up extreme sports that give them a similar dopamine surge. While some of these behaviors may have positive connotations in moderation, such as regular exercise or throwing yourself into work, they serve as a replacement reward for addictive substances. These healthy activities can quickly become damaging addictions without the ability to regulate and practice moderation.

This is the risk for most people who adopt a California Sober lifestyle: they trade one addiction for another. Marijuana releases large amounts of dopamine and substitutes the effects of harder drugs.

Replacing hard substances with marijuana prevents the brain from fully recovering and regulating dopamine, which means that people will indefinitely experience many of the long-term psychological effects of addiction.

How to Heal Your Brain

The California Sober lifestyle never allows the brain the time it needs to repair the changes in reward network processing. Instead, those who trade opioid, alcohol, or amphetamine addiction for marijuana addiction still suffer the long-term consequences of substance use disorders.

As a result of the California Sober lifestyle, these individuals may still struggle with several key hallmarks of recovery, including:

The only way to truly give your brain the time it needs to heal is to work at maintaining abstinence for an extended period. While the brain has an incredible capacity to recover, it takes time, and consuming addictive substances can reset the clock.

Instead of trading one substance for another, try other activities that can be similarly rewarding without introducing artificial dopamine levels to the brain. Engaging with literature, journaling, meditating, incorporating regular physical activity, and working to restore nutritional deficiencies with a “food as medicine” approach are all healthy ways to support natural dopamine production. While still rewarding, these activities don’t flood the brain with dopamine. Instead, they provide the normal levels required for everyday functioning and health.

Addressing Addiction at the Root

Some individuals may benefit from therapeutic interventions to help regulate dopamine production and support neuroplasticity. Individual and group therapy sessions can help you explore your options and build recovery capital in a safe environment. Ancillary techniques, such as Deep TMS, Hyperbaric Oxygen Therapy, and neurofeedback can also help support recovery.

If you want to learn more about how All Points North emphasizes healthy alternatives to substance use, reach out to our team via the live chat function or by filling out our online form. 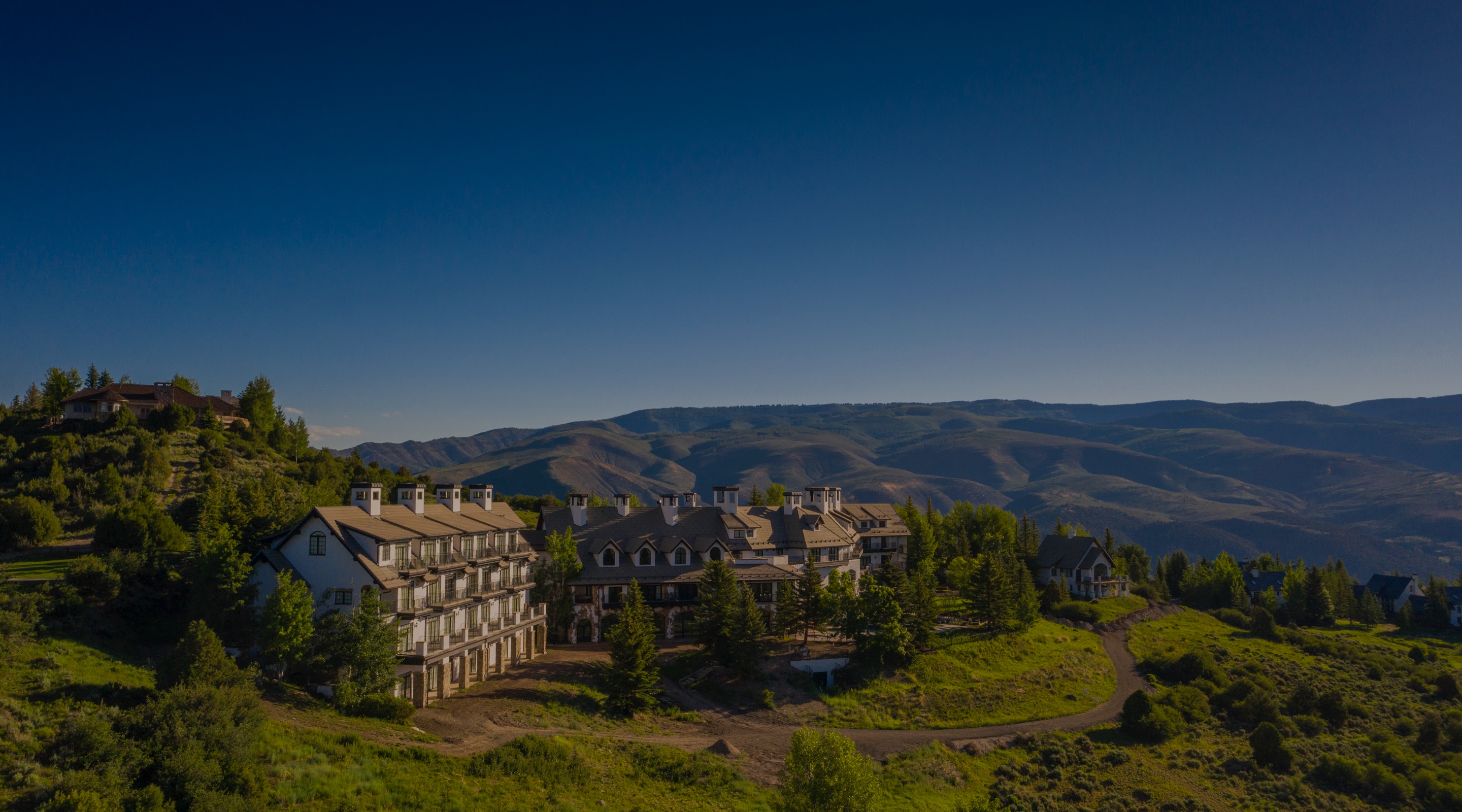 6 Reasons to Seek Rehabilitation Away from Home

Going Back to Rehab Does Not Mean You Failed

How to Find a Treatment Center